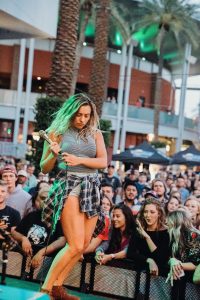 To recap, in our last blog post we introduced you to Scottsdale Music Academy’s newest music instructor: Saydi Driggers. She teaches everything from piano to vocals, bass and guitar, and plays shows with her band Whstle among other musical endeavours.  In other words, she’s what newbie musicians everywhere aspire to be!

But don’t be mistaken—just because Saydi’s “made it” and makes her living as a professional musician doesn’t mean she’s quit learning or trying to improve her skills. Like the students she teaches in her music lessons, Saydi has areas of weakness that she works to improve in order to be the best musician she can be.

One such area is her vocal range.  She has a particular fondness for strong female vocalists, so she often chooses songs by artists she most admires and works to make her vocals reach their range.This usually means playing songs on repeat in her car and singing along day after day to push her vocal range to meet the musical demands of the songs. When Demi Lovato’s last album came out, Saydi did exactly this for three whole months until she could sing all the songs flawlessly and was able to high the high notes with ease.

Due to her continued efforts to improve her skills and grow as an artist, Saydi’s future as a musician is brighter than ever. While Saydi has paid her dues and has even been a “starving artist” at one point in her life, today she is living her dream. Some of her recent career highlights include playing at South by Southwest (a famous music and film festival attended by some of the biggest name is music and show business), performing at high schools across the nation as part of a non-profit called High School Nation that’s dedicated to “helping public schools advance in music, arts and sports,” and continuing to write and perform her own original music at venues across Phoenix and Scottsdale.

Why She Loves Teaching

With all that under her belt, Saydi still makes time to mentor aspiring musicians and impart her vast knowledge to others through music lessons. For Saydi, the personal interaction and relationships she develops with her music students is immeasurable, and one of the best parts of her job. She loves interacting with her students, figuring out their music goals and what they’re most passionate about.

Saydi’s teaching style can best be described as fun and flexible, but also practical. She always tries to find out a student’s “why” and “what”—why they signed up for music lessons and what inspires them. While most students hate learning the “boring” stuff like music theory and scales, to Saydi that’s an absolute must and is just as important as everything else in music. To make it more fun for her students, she lets them choose their own songs and helps them find music to learn that they’ll connect with.

More Than a Musician

Outside of her life as a musician and music lessons instructor in Scottsdale, Saydi is a fun-loving, driven person who enjoys hiking South Mountain in Phoenix, spending time with her cat Maya and listening to anything she can get her hands on, including music from Noah Cyrus, Kayne West, and Bishop Briggs.

Find out even more about Saydi by visiting her in person at Scottsdale Music Academy or by signing up for a music lesson! 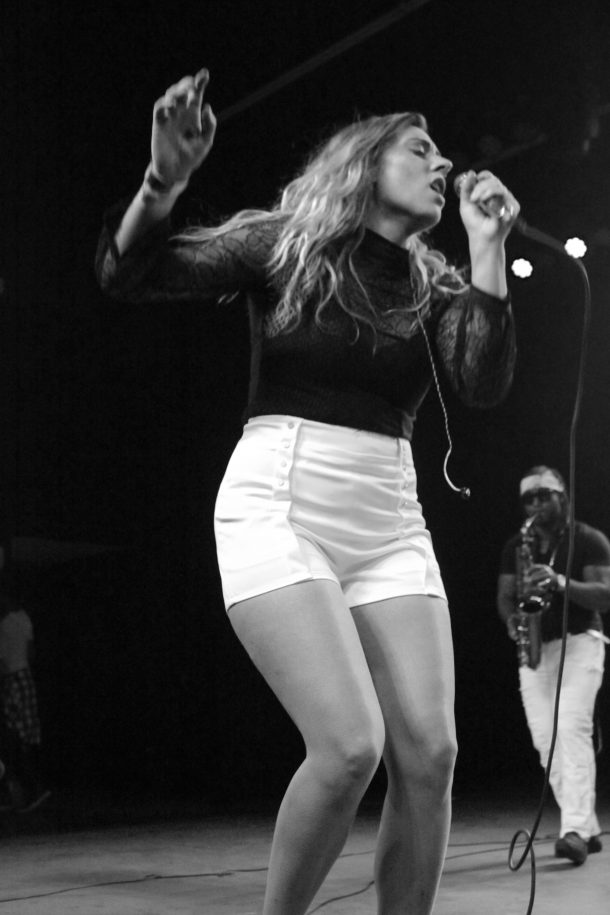 Are you looking for a music instructor that is interested in YOU and Your goals?

Click YES! I WANT A FREE LESSON with Saydi! Then your first lesson is on us!

Get ready to have some fun and make some noise!  A Scottsdale Music Academy team member will be in touch soon!