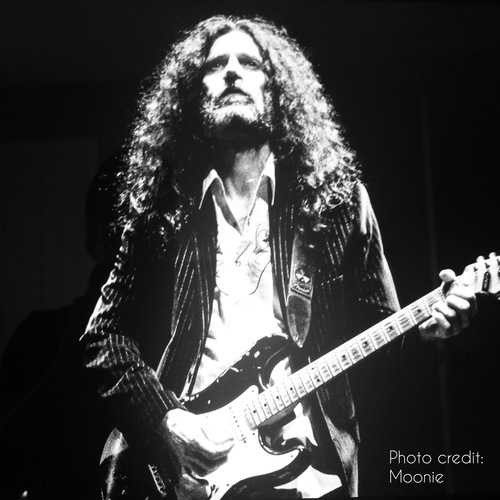 At Scottsdale Music Academy we wholeheartedly believe in the power of music lessons. We know that all of our drum lessons, guitar lessons and vocal lessons in Scottsdale will pay off big time for our students. But don’t take our word for it. Just look to Leroy Miller who is an undeniable example of where music lessons, passion, and hard work can take you…all the way to a fifth solo album release and so much more.

If you’re not familiar with Leroy Miller, you should be. He has worked with some of the biggest musicians in the industry, including John Mayer, Macy Gray, and Smash Mouth. Encountering a real life musician, like Leroy, outside of Hollywood is pretty rare….but not if you’re a student at Scottsdale Music Academy.  SMA recently had the pleasure of welcoming the blues sensation and bonafide guitar master to the studio where he rehearsed with our very own drum instructor Joe Costello. In fact, the two just wrapped up a weeklong tour together showcasing music from Leroy’s latest album “Temple,” with gigs in Phoenix, Flagstaff, and Jerome.

Living out a Dream

While all musicians dream of the bright lights, the sweet sound of adoring fans, and the rush that comes from rocking out on stage, few can actually say they’ve lived this dream like Leroy can. From the age of ten, when Leroy first saw Chuck Berry on TV captivating a crowd with his guitar, he has known he wanted to do just that. Since then, Leroy has devoted his life to music, mastering not just the guitar, but percussion instruments, the keyboard and vocals, not to mention his work as a record producer, songwriter and electronic beats composer.

What sets Leroy apart from other musicians (besides his varied musical prowess) is his deep-rooted devotion to his craft, which began when his parents gave him his first guitar as a Christmas present with instructions to practice an hour every day. Little did they know that Leroy would follow those instructions to a T and then some. Soon their parental chidings turned from practice more to quit practicing so much. But Leroy’s practice paid off in the end.  He quickly became a local star in his hometown of Spokane, Washington, booking gig after gig with his band before finally moving to LA, and then Hollywood, where he found even greater success and attracted the interest of A &R men, resulting in his first record deal, one of many to follow.

Life as a Musician

Thanks to his musical talents, Leroy has lived a “charmed life full of artistic expression” and been carried on grand adventures across the world like playing out at sea with Smash Mouth on the USS George Washington in front of 5,000 screaming fans, which Leroy calls “an experience I’ll never forget.”

Leroy attributes his continued success as a musician to his unwavering belief in himself, even in the face of naysayers and inevitable disappointments.

“For every yes I’ve had, for every green light, I’ve had a hundred no’s at least,” says Leroy, in reference to the rejection he’s faced throughout the years.

But hearing those no’s hasn’t discouraged him in the least. Instead, he’s used every no and every criticism to fuel his journey and focus on what matters most: his music.

“I’ve always had an extreme belief in what I’ve done and that doesn’t come by just sitting around watching Oprah, eating potato chips. That comes from  practicing every spare second you have, investing every spare dime you have into more professional quality equipment to help enhance your natural abilities and dedicating your life to it [music],” says Leroy.

These days, Leroy’s busy working on his latest venture: a new EP entitled “Off The Rails,” which he describes as “blues rock,” but with his own unique spin, as well as setting up more shows around the country and serving as a record producer for other upcoming artists.

After years spent opening for bands like Aerosmith and Dave Mathews Band, getting his music licensed in countless films and TV shows such as “Scrubs,” “Arrested Development,” and “Black Sheep,” and producing hit indie albums through his own record company, Leroy seems like he’s achieved it all.

But don’t expect him to hang up his guitar anytime soon. According to Leroy, he’s “just getting started.”

And we at Scottsdale Music Academy can’t wait to see what’s next!

Be sure to check out Leroy’s new music, which is expected to be released later this spring. And be sure to sign up for one of our bass, drum, or vocal lessons in Scottsdale.  After all, you never know who you might run into.

Call us at (602) 751-3537 to schedule your Scottsdale music lesson at the only place where musicians both big and small come to play!