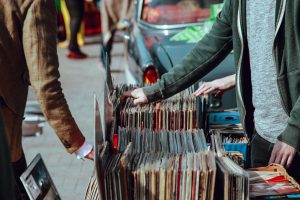 Music plays a significant part in every teenager’s life. It’s part of acquiring a musical sense and a personal identity. When a teen gets into a style of music, it can affect habits of thought, matters of speech, and the way a teen dresses, acts and lives their life.

Social acceptance is a big part of teenager’s lives. Because of this, many teens seek out others who are into the type of music that they like. Whether the teens are into modern country or hip-hop, getting into the songs with others gives everyone in the group a shared focus and a collective mindset. Friends can be influencers on the types of music that they all gravitate to.

Before the rise of the Internet in this generation, finding music took time and research. Kids talked to other kids, who traded cassette tapes, vinyl records or CDs. Or they read music magazines, looking for clues to interesting bands or acts within record reviews. Today’s file-sharing culture gives teens a super accessible way to hear new music.

Some of the shared songs might click with teens in an emotional or visceral way. If you like your music with loud, heavy guitars, you’ll seek out songs that give you that impact. Others who want more chillout music might bend their listening to artists who have less of that hard driving energy. Teens tend to look for artists who are similar in lifestyle, age, fashion or attitude. These have been the hallmarks of pop music for more than a half-century now.

This is how music helps to shape teenagers’ personalities. Punk rock in the late 1970s and early 1980s helped fuel a generation of disaffected teens then. Conversely, singer-songwriter music has also helped teens find a way to battle depression and gain some balance in their life. It’s all part of a striving for self-identity and developing a musical personality and vocabulary.

If you’re a teenager, and looking to find a way to make music a bigger part of your life, consider trying out listening and experiencing all types of music at first. If you listen mostly to radio pop music, maybe try listening to classic new wave pop from the 1980s as a balance. Or try some jazz or bossa nova to see what clicks. Finding your musical path is a big part of what we do, and we’re happy to share our knowledge with you.