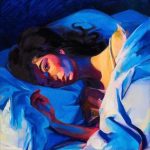 Earlier this month, 20-year-old singer-songwriter Lorde released her second studio album, Melodrama. Highly anticipated from her last album Pure Heroine, Melodrama explores the powerful stages felt during a breakup. Lorde’s voice fits well with synthetic drum beats and intense piano, showing growth from her previous album. So far, this is the best pop record to be released this year.

At just 16 years old, New Zealand musician Lorde became an overnight sensation with her track ‘Royals’. By September 2013, her debut LP Pure Heroine was released. Since then, fans have been waiting to see what Lorde had in store next. It’s been rumored that Melodrama has been in the works since late 2013, but was shaped into several different forms, especially after her first major breakup with her longtime boyfriend in 2015. This LP focuses on mending a broken heart, and learning from past mistakes. 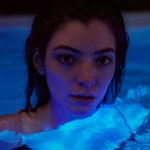 There are seemingly two different personalities in these 11 songs. Tracks like ‘Greenlight’ and ‘Homemade Dynamite’ are filled with hopefulness and ability to move on and begin a new future. However, other songs such as ‘Liability’, ‘Supercut’, and ‘The Louvre’ hold a certain sadness to them, showing that she has not fully recovered, and is still vulnerable. The haunting sound effects in ‘Hard Feelings / Loveless’ add more sorrow and frustration along with the lyrics. However, ‘Writer in the Dark’ and ‘Liability’ are the biggest tearjerkers of the record.

After listening to this LP, it seems odd that Lorde is classified as a pop artist. Even with the synths included on this album, and some common sounds featured in many pop tracks, her voice is very untraditional in modern pop. She has a lower register that she stays in most of the time, whereas many popstars launch into falsetto. The next move that would be interesting for her to take would possibly be trying a more experimental sound. This could blend very well with her lyrics.

Lyrically, Melodrama is much more advanced than Pure Heroine. And although she is still young, she has grown up significantly in the past four years. By shifting from juvenile thoughts to a more mature attitude, growing up has worked out well for her. For now, Lorde’s music will only get better as she grows older and learns new lessons. It’ll only be a matter of time until we see what she drops next.

Lorde’s Melodrama is available online and in stores now.