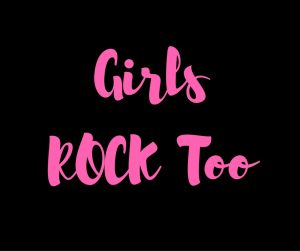 Some of the most popular artists in the world are female singer-songwriters who play the piano. There are so many good players that have graced our popular attention over the years – from Carole King in the 1970s to Sarah McLachlan in the 1990s to today’s favorites like Sara Bareilles. These women are just a few of those female singer-songwriters who pursued piano lessons and in doing so, found their voice to write songs that captured people’s hearts on a high commercial level.

Teaching the art of keyboard learning is essential to us at Scottsdale Music Academy. We feel that your overall music theory and musical understanding gets a lot better once you have some piano or electric keyboard training in your musical box. Figuring out the notes in each chord on the piano can help to increase your vocal understanding as well as your guitar playing, too!

Let’s have a look at a few of our favorite pop music, piano-playing female singer-songwriters over the years!

Norah Jones is a multi-talented singer-songwriter and musician. She’s released nearly 10 LPs in her career which began in the early 2000s. She has won 9 Grammy awards in her career, and today maintains a hectic touring schedule that will keep her busy into 2017. Here’s a clip from her 2016 Newport Jazz Festival appearance.

Carole King is an American institution in music playing and songwriting. She started her career writing songs with her then-husband Gerry Goffin in NYC’s Brill Building. That start brought her to a very lucrative period of writing major million-selling songs for the likes of The Monkees, Herman’s Hermits, Aretha Franklin and many others. Here’s a clip of her singing and playing piano on her own composition “Where You Lead, I Will Follow”.

Lady Gaga (aka Stefani Germanotta) is a hugely successful singer-songwriter and piano player. She worked for over a decade building up her musical repertoire before choosing to relaunch herself as the Lady gaga persona in the late 00s. Her most recent release is the LP ‘Joanne”. Here’s a song ‘Perfect Illusion’ from that below.

Taylor Swift has evolved her career from a country guitar playing lass who dabbled in piano to a multi-platinum selling superstar. Watch this clip to see how her piano playing has evolved through the years.

Music of all forms sounds good to us at Scottsdale Music Academy. Whether our students are into rock, blues, jazz, piano music, hip-hop music and more, we are ready to help them find the right musical path for their heart and soul. If you’re interested in pursuing music lessons, come to Scottsdale Music Academy for a visit and a free first lesson. Call us at 602-751-3537 today or stop by our website. We’re the leading music instruction academy in Scottsdale, conveniently located near the Scottsdale Airpark and Scottsdale Road.